(Summary description)In the first half of this year, the industrial added value of textile enterprises above designated size in Fujian Province increased by 11.4% year-on-year, which was 4.6 percentage points higher than the same industry across the country.

(Summary description)In the first half of this year, the industrial added value of textile enterprises above designated size in Fujian Province increased by 11.4% year-on-year, which was 4.6 percentage points higher than the same industry across the country.

In the face of global textile overcapacity, reduced domestic and foreign market demand, increasing labor costs and recruitment difficulties, the textile industry, as a representative of labor-intensive industries, has encountered development bottlenecks. In response to this, Fujian Province proactively followed up the "Industry 4.0" and "Made in China 2025" strategies, issued preferential policies to encourage enterprises to deploy new automation equipment, and through the implementation of the "machine substitution" technological transformation project, the production process was made intelligent and became An important weapon for the transformation and upgrading of textile enterprises.

A few days ago, Fujian Shenyuan New Materials Co., Ltd. and the world’s top Dutch company DSM signed a caprolactam phase II project technology license agreement to accelerate the construction of the world’s largest caprolactam production base; this month, the most advanced fully automated high-speed production line in the domestic nylon industry will It was officially put into use in Fujian Jingfeng Technology Co., Ltd., blowing the new horn of "machine replacement"...

With the disappearance of the demographic dividend, the difficulty in recruiting and expensive labor has increasingly become a problem that plagues textile companies. In this context, many textile companies actively implement "machine replacement" to transform and upgrade, improve quality and efficiency.

Counties (cities) such as Changle and Jinjiang are the main gathering places of the textile industry in Fujian Province. Changle Liheng Nylon Technology Co., Ltd. is making every effort to build the world's largest nylon polymerization and spinning production enterprise. According to the company’s deputy general manager Chen Lijun, due to the use of new semi-automatic equipment, the number of workers in the workshop has been reduced by more than 50%.

Similarly, in Jinjiang Longfeng Company, automation reform is also being carried out drastically. In the first phase of Longfeng New Industrial Park, the Tsuda loom imported from Japan runs at high speed. One person sees 100 sets of equipment, and the manpower in the workshop is greatly reduced. According to reports, the traditional production plant with more than 1,000 water jet looms requires about 700 people to maintain normal operation, but now it only needs 200 people.

There are still many companies like this. Fujian Jinxing Group actually started its "machine replacement" plan as early as 2011 when the factory expanded. The fully automatic packaging line is only the first step taken by the company in this regard. At present, the packaging of other specifications of the company's products and the development and introduction of automation equipment for the previous process are also on the agenda.

Industry insiders said that "machine replacement" not only solves the shortage of labor and relieves the pressure caused by the continuous increase in labor costs, but also intelligent equipment improves production efficiency and reduces the cost per unit time, thereby increasing profitability.

"Since the beginning of this year alone, more than 30 new products have been launched. Among them, specialty products such as nylon cool yarn, flat yarn, and split mother yarn have been welcomed by the market, and the added value of the products has increased by more than 10% compared with conventional products." The Changle Family The person in charge of the textile company introduced.

It is understood that through "machine au pair", many textile companies have tasted the sweetness. In the first two quarters of this year, the sales of Fujian Xingang Textile Machinery Co., Ltd. increased by 10% over the same period last year, achieving growth against the trend. The "predecessor" of Xingang Textile Machinery Company was Changle Airport Knitwear Co., Ltd. Under the guidance and support of the government, the enterprise extended the industrial chain to the upstream equipment manufacturing, founded Xingang Textile Machinery Company, and independently developed domestically produced products. The knitting machine broke the situation that the warp knitting machine relied on imports. At present, the warp knitting machines produced by Xingang occupy 60% of the national market.

As a leading Jinjiang textile and chemical fiber company, Zhengqi High Fiber, a subsidiary of Fujian Jinxing Group, introduced the first fully automatic packaging equipment in the chemical fiber industry in Fujian Province from Taiwan in 2014. With a production capacity of nearly 400 tons per day, it saves nearly 120 in the packaging process. The quality of product packaging has also improved.

In Shishi, the application of industrial robots has become an important highlight of the transformation and upgrading of enterprises, and its effects have exceeded expectations. Shishi clothing industry started the application of industrial robots last year. It is understood that 2 to 3 workers are required to spread the cloth before the cut pieces of clothing production. The cloth is first folded into 50 to 200 layers, and each layer is smoothed by the workers with hands or sticks, which is time-consuming and labor-intensive. The use of robots instead of manual spreading not only greatly reduces the labor intensity of workers, but also improves production efficiency.

"Machine au pair" swaps out new kinetic energy. Data shows that in Changle, more than 85% of the local cotton spinning enterprises have reached the domestic leading level in terms of equipment. "Machine for labor" has reduced the company's employment level from 58 employees/10,000 spindles before the technical reform to the current 36 employees/10,000 spindles, a drop of nearly 40. %. "Under the same conditions, the new automated assembly line will reduce labor by about 50% and energy consumption by about 30%. Each ton of nylon filament can save 800 yuan in cost and greatly improve production efficiency." said a person in charge of a textile company in Changle .

Enhance the endogenous power of the industry

Industry insiders pointed out that the textile industry is a labor-intensive industry. With the gradual disappearance of my country's demographic dividend, transformation and upgrading are urgent. Mechanization, automation, and intelligence have become effective ways to transform traditional industries, promote industrial transformation and upgrading, reduce staff to increase efficiency, and ease recruitment difficulties. This has also opened the curtain of "machine substitution" in my country. Especially at present, in the textile and apparel production process, the optimization of production and technology is insufficient. It is essential for industrial upgrading to improve the application degree of industrial control integration through "machine replacement", and to upgrade the industrial information technology level as soon as possible.

"The traditional development model that relies on resource consumption and continuous labor input is no longer sustainable. With the development of the national economy entering a new normal, the endogenous power of the textile industry must continue to increase." The relevant person in charge of the Fujian Textile Industry Association said .

It is understood that the three provincial and municipal governments of Fujian Province, Quanzhou City, and Jinjiang City have successively introduced a number of measures to encourage enterprises to purchase automation equipment. The Jinjiang Municipal People’s Government put forward in the "Opinions on Promoting the Healthy Development of Textile, Footwear and Clothing Enterprises" that if the investment in the intelligent transformation of textile and footwear enterprises is more than 500,000 yuan, a capital subsidy will be given at 10% of the actual transformation costs, with the highest subsidy The limit is 1 million yuan. Last year, Jinjiang started related work to promote the application of intelligent technology transformation in the production lines of traditional enterprises.

In this regard, experts pointed out that textile companies have to adapt to local conditions, not necessarily in one step. In particular, we must continuously optimize the differentiation of our products through technological innovation.

Scan the QR code to read on your phone 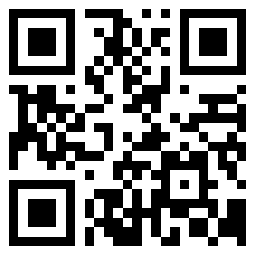 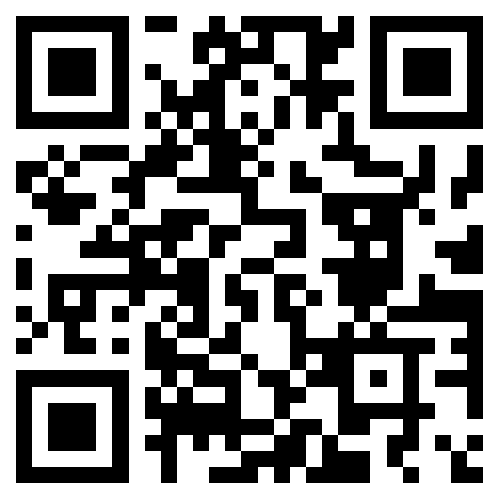